You already know that growing your mailing list is crucial to building your business. And in order to grow your list, you need to offer lead magnets or opt-in incentives that provide good value and build trust. If you’ve been doing this for a little while, chances are you’ve offered multiple lead magnets that satisfy different needs for your audience. But if you’ve created a new list every time you’ve created a new lead magnet, you’ve probably noticed by now that it’s a big hassle and managing all those lists becomes unwieldy. Instead, I’m going to show you how to use groups to organize all your subscribers in one list. You’ll need a free MailChimp account and form creation software on your website that allows you to add subscribers to MailChimp groups. I’m using Gravity Forms.

A good rule of thumb is to think of a MailChimp list as being associated with a website domain. If you are going to be sending email campaigns from info@yourbusiness.com, then you should have one list associated with that account. But if you run multiple businesses or organizations, each with different domains, then it makes sense to keep the lists for each of them separate, as emails will be coming from different email addresses.

So why does this matter? If you’re on the free MailChimp plan, you get up to 2000 subscribers for free. But here’s the thing: if you offer multiple lead magnets and create a separate list for each, and your content is so good that some of your followers sign up for all them, then each time a person joins a new list they count as a new subscriber. But if you keep all your subscribers in one list organized into groups, if that same subscriber opts in multiple times, she still only counts as one subscriber. Your saving yourself from unnecessarily racking up subscribers and triggering a paid account subscriber level.

It’s also much easier to manage one list than it is to manage multiple lists. Say, for example, you want to send out an email newsletter campaign to people who have opted in to various different lead magnets. If you had multiple lists you’d have to create the same email campaign in each list. If you have only one list, you just have to create one campaign and select the subscribers you want to email based on the groups they belong to.

Within your list, you can create interest groups that allow you to organize your subscribers into groups based on whatever criteria you choose. For the sake of our example, let’s say we have clients who are prenatal moms, new moms and moms with young children. We might want to create interest groups that reflect those clients who are at different stages in their journey and have different needs. We’ll probably also want to offer different lead magnets to each group.

Then you can start creating your groups. Where it says Group Category, I think of that as the interest group. In the example above, our first interest group would be Prenatal Moms. Then the group names are what I associate with individual lead magnets. So to continue our example, for Prenatal Moms, we might offer a few different lead magnets over time: a nutrition guide, an exercise guide and a self-care guide. Each of those freebies would get it’s own group. And if one person opts in for all of them, she’ll be put into all three groups, but she’ll only be counted as one subscriber in the list. When you’re done creating groups within the category, click SAVE. You’ll then have the opportunity to import subscribers or say that your done for now. You’ll click done because emails will be added automatically when someone subscribes on your website.

We would repeat the same process for New Moms and then again for Moms with Young Children, creating groups within each category that correspond with lead m. Obviously you’ll want to organize this in whatever way makes sense for your business.

Here’s where you’ll need some form creation software on your website. You won’t be able to use MailChimp’s signup forms because you can only create one per list. And we want to be able to create a new form for each new lead magnet. I’m using Gravity Forms with the MailChimp add-on here, but there are a number of form creation tools that do that same thing. In Gravity Forms, once I’ve created my form and added all the fields I want to appear in it, I need to create a MailChimp feed. This is what tells Gravity Forms where to send the information that’s been collected. I select a list and because I’ve already created groups in my list, they will appear as options to choose from. Then every time someone fills in the form, they’ll be added to the group in the list automatically.

If you’re used to using MailChimp’s signup forms to deliver you lead magnets, then you’re probably wondering how you’re going to send out your freebies without them. That’s where automation campaigns come in. Lucky for you, I already covered how to deliver lead magnets using automations when MailChimp switched their default settings from double opt-in to single opt-in. You’ll find those instructions over here.

So now you have your groups set up and you have people subscribing to them and you’re sending them their freebies. If at some point you want to send one promotional email campaign or newsletter to subscribers in multiple groups, without sending the same campaign to some subscribers more than once (which is what would happen if you had multiple lists) you can do that really easily by creating a segment.

Create your email campaign. In the TO field select your list. Under SEGMENT OR TAG, choose GROUP OR NEW SEGMENT from the dropdown. Then set the conditions to identify the groups you want to email. For our example I’m sending an email to anyone in either Exercise Guide group or the Nutrition Guide group. If someone opted in for both those lead magnets, she’ll only get the email once. You can create a segment for just one group or you can do it for multiple groups, I’ve I shown here.

The beauty of organizing your list into groups is that it allows you to keep track of how your lead magnets are performing all from one screen. All you have to do is open each group to see how many subscribers they contain. And when it comes time to send an email campaign to multiple groups, you can’t beat sending out just one email.

If you’ve already got a bunch of email lists going in MailChimp, don’t fret. My next post will show you how to consolidate your lists into one list. It’s not as hard as you might think. 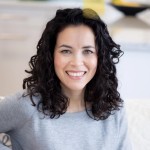 I design and build WordPress websites for purpose-driven businesses. I love nothing more than connecting people who are passionate about what they do with exactly the people who need to know them.
Posted in Email marketing
This website uses cookies. By closing this banner, scrolling this page, clicking a link or continuing to browse otherwise, you agree to the use of ALL the cookies. To learn more, refer to the cookie policy. To withdraw your consent to all or some of the cookies, see the .
Cookie settingsACCEPT
Privacy & Cookies Policy

This website uses cookies to improve your experience while you navigate through the website. Out of these cookies, the cookies that are categorized as necessary are stored on your browser as they are essential for the working of basic functionalities of the website. We also use third-party cookies that help us analyze and understand how you use this website. These cookies will be stored in your browser only with your consent. You also have the option to opt-out of these cookies. But opting out of some of these cookies may have an effect on your browsing experience.
Necessary Always Enabled
Necessary cookies are absolutely essential for the website to function properly. This category only includes cookies that ensures basic functionalities and security features of the website. These cookies do not store any personal information.
Non-necessary
Any cookies that may not be particularly necessary for the website to function and is used specifically to collect user personal data via analytics, ads, other embedded contents are termed as non-necessary cookies. It is mandatory to procure user consent prior to running these cookies on your website.
SAVE & ACCEPT